I'm Ashvin. I'm currently a second-year journalism student and a film journalist. I am the Editor-in-chief of my own site, Films on the Cob and have contributed works relating to film on multiple other sites.

Lars Von Trier is back, with much more controversy than ever. His new film (uncut, as he intended it to be) caused dozens of walkouts at Cannes and unsurprisingly, is a full 153 minutes of gore, profanity and violence - every element that makes a Von Trier film distinctly different from any other film - but it uses these often controversial 'R-rated' elements to its advantage, adding up to a complete, masterful, defined and layered work of art. 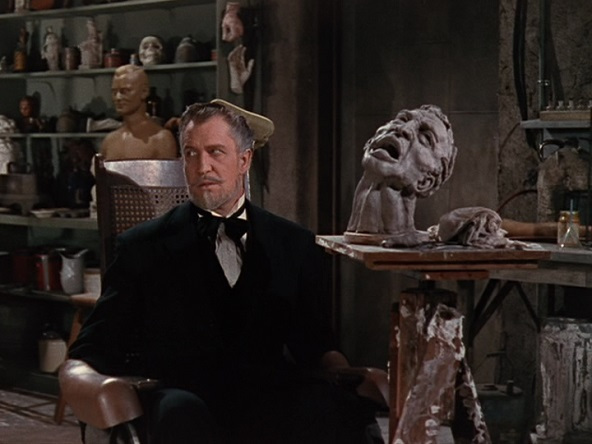 Spooky season is the perfect time to sit down, snuggle under a blanket with sufficient snacks and put on a horror film, but alas, all good things must come to an end. In honor of the last Halloween, I’ve decided to compile a list of 10 otherworldly horror films to conclude the ghastly month of October. From timeless horror classics and cult favorites to underrated gems and thrilling psychological horrors, here’s my list of the 10 must-see horror films.
1. THE EXORCIST (1973)
The Exorcist foll... 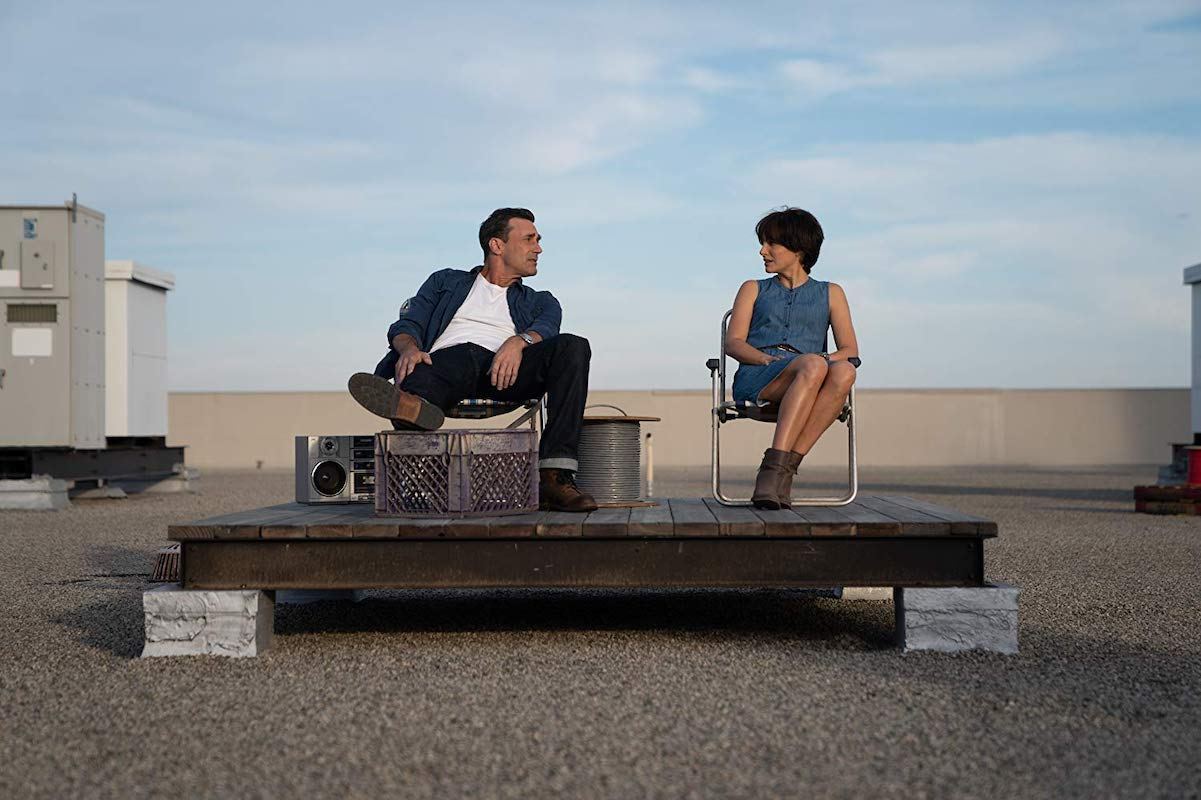 ‘Lucy in the Sky’ with Diamonds: A Rare Oddity

For as long as I can remember, I always wanted to go to space. To be outside our reach. To see the world from this outsider perspective. To feel the presence of our population and existence. There’s a quote from Apollo 11 astronaut Michael Collins that truly puts this in perspective: “I am alone now, truly alone, and absolutely isolated from any known life. I am it.” There’s something so powerful about that overwhelming feeling of catharsis while you watch over all of your existence and your ... 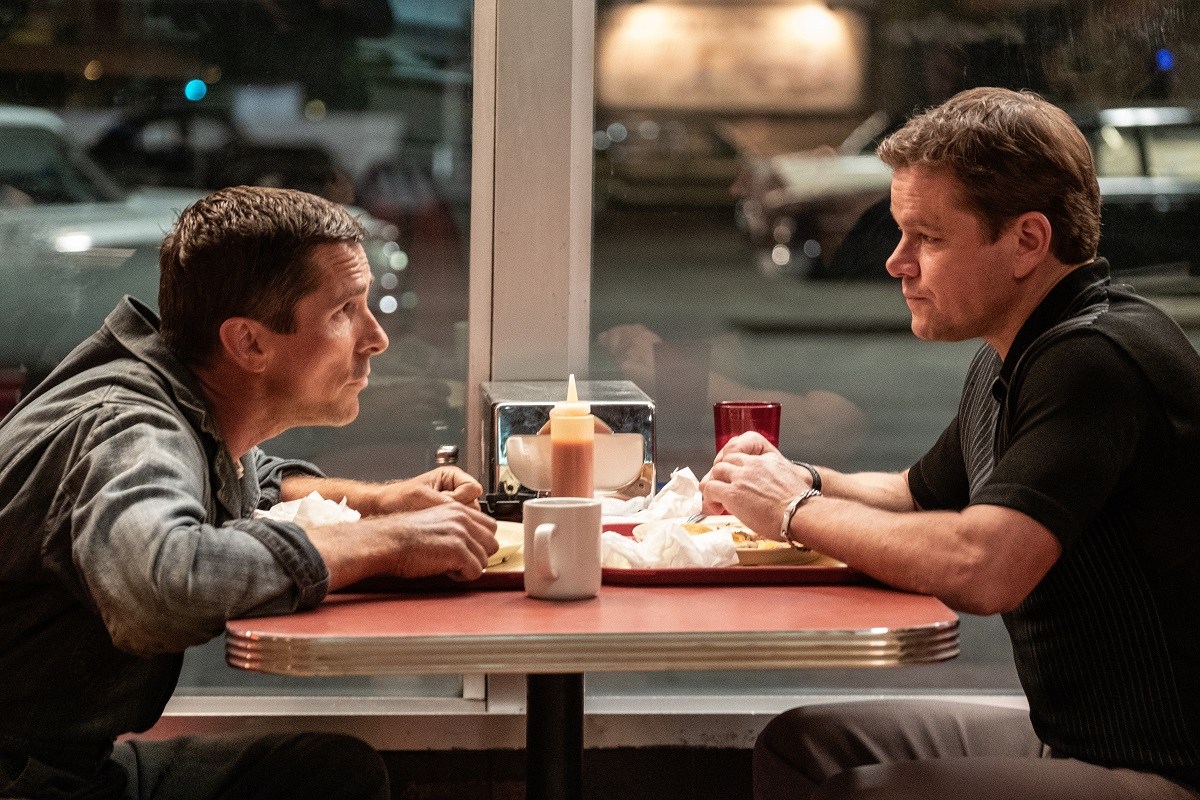 ‘Ford v Ferrari’ is a Thrilling Ride to The Finish Line

Fast race cars? Check. Two wonderful lead performances? Check. Thrilling cinematography? Check. James Mangold’s latest film, Ford v Ferrari (labeled Le Mans ’66 in some European territories — which I believe to be the superior title) is an inspiring race of endurance that rides a fine line between entertaining blockbuster and heartfelt drama.
Riding out of Telluride, TIFF, and LFF with high-praise, Ford v Ferrari finally races its way into cinemas, along with it, bringing a herd of “dad movie... 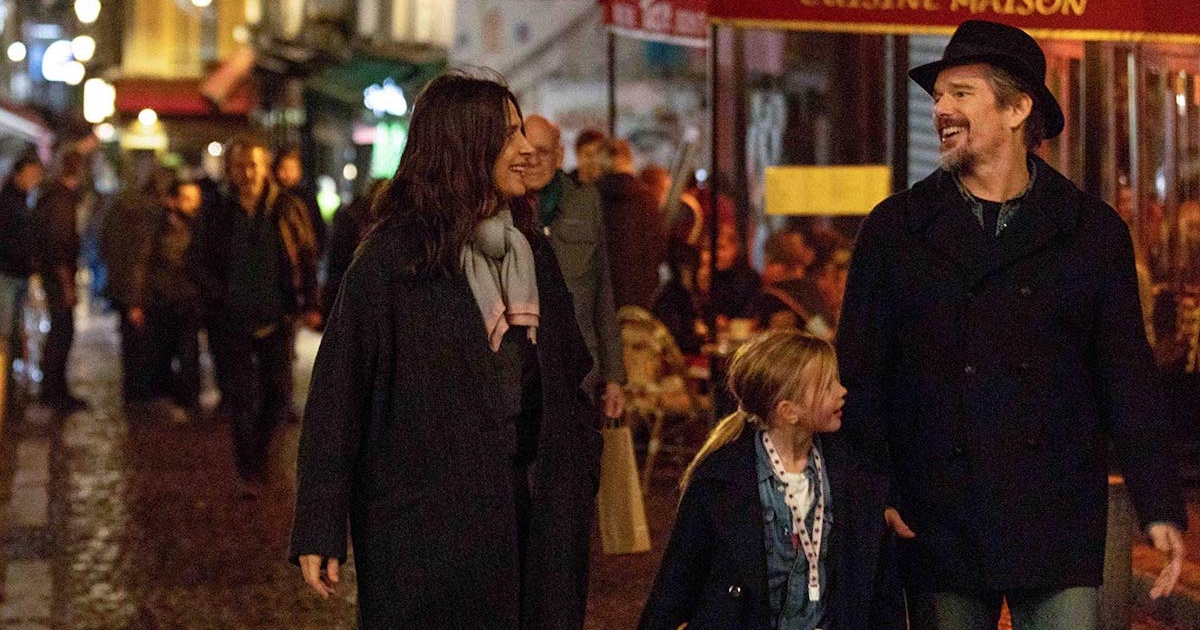 ‘The Truth’ Pits Binoche vs. Deneuve

The Truth (La vérité) seems a particularly tricky film to handle. It covers the stormy reunion between a renowned French actress, Fabienne (Catherine Deneuve) and her daughter, Lumir (Juliette Binoche), as Lumir; her American husband, Hank (Ethan Hawke); and their daughter Charlotte (Clémentine Grenier) visit Fabienne in Lumir’s hometown, Paris, after she publishes memoirs about her life, that also concerns Lumir’s childhood.
In a way, it is a film of many firsts for its Japanese director, Hi... 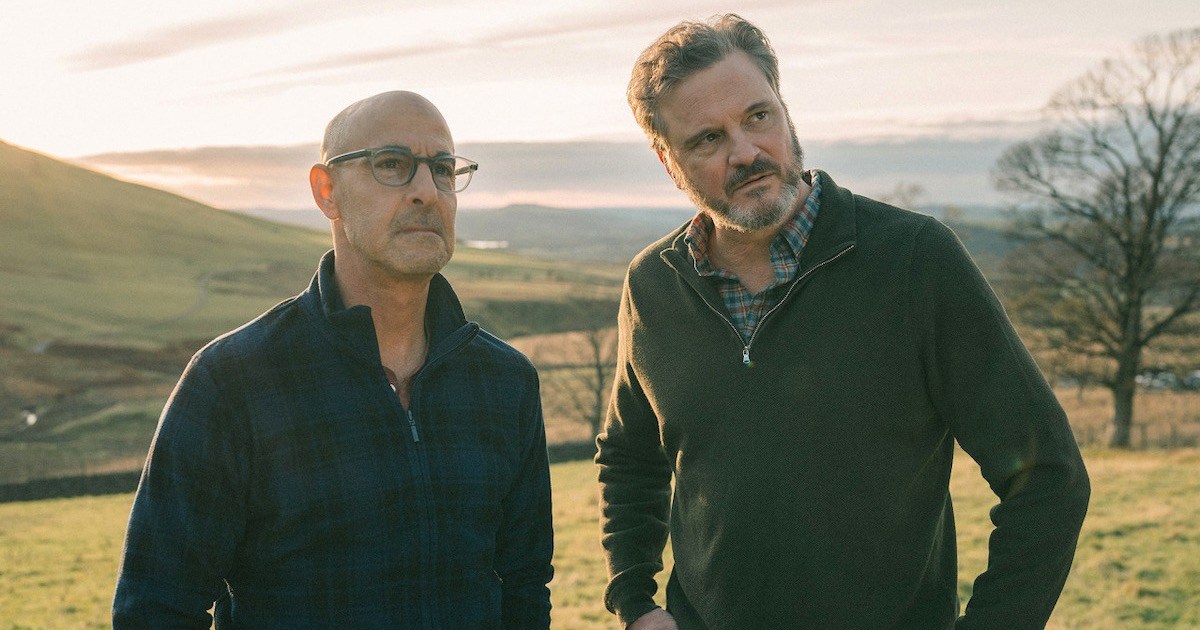 Much as its title would suggest, Supernova is a burst of emotions, a catastrophically gradual decline towards poignant devastation. Harry Macqueen’s film, which premiered at this year’s San Sebastián International Film Festival, tells the intimate, touching story of two partners, Sam and Tusker, traveling across England and reuniting with friends and family, as they deal with Tusker’s deterioration amid his deterrents of dealing with early-onset dementia.

Diverting from the bubbly, fun theatrics of the stage musical-turned-film Mamma Mia! and the engaging, nuanced study of one of Great Britain’s most polarizing prime ministers, in the form of a Margaret Thatcher biopic, The Iron Lady — both of which were considered global hits — Phyllida Lloyd has returned to the big screen with a smaller, low-budgeted project, Herself, that follows the same themes of family and independence that made her initial hit film, Mamma Mia! such a resonant and lovabl... 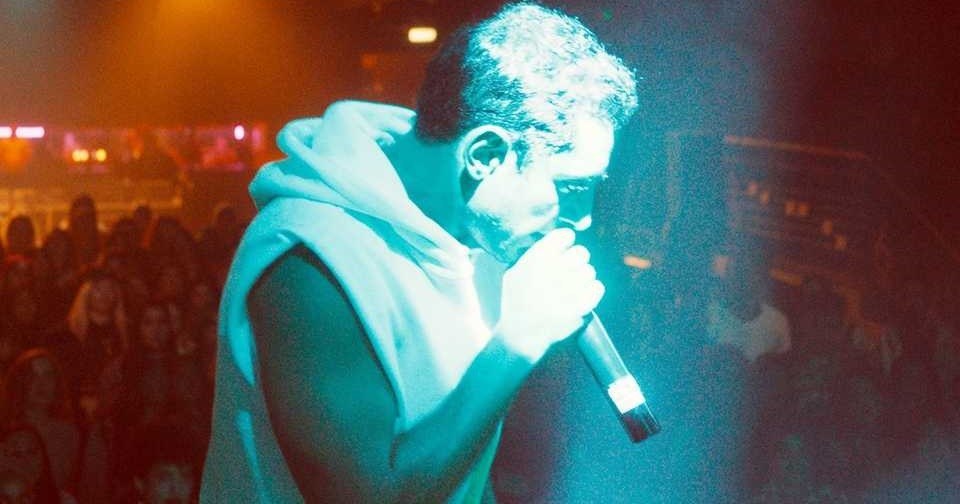 Culture meets profession, as modernity collides with tradition in Bassam Tariq’s sophomore feature that premiered at the 70th Berlin International Film Festival earlier this year. Mogul Mowgli is a film about a British-Pakistani rapper, Zed, based in New York who gets diagnosed with an autoimmune disease before his world tour, which then persuades him to return to his Pakistani family based in London.

LFF Review: The Other Lamb

London Film Festival Review for The Other Lamb. 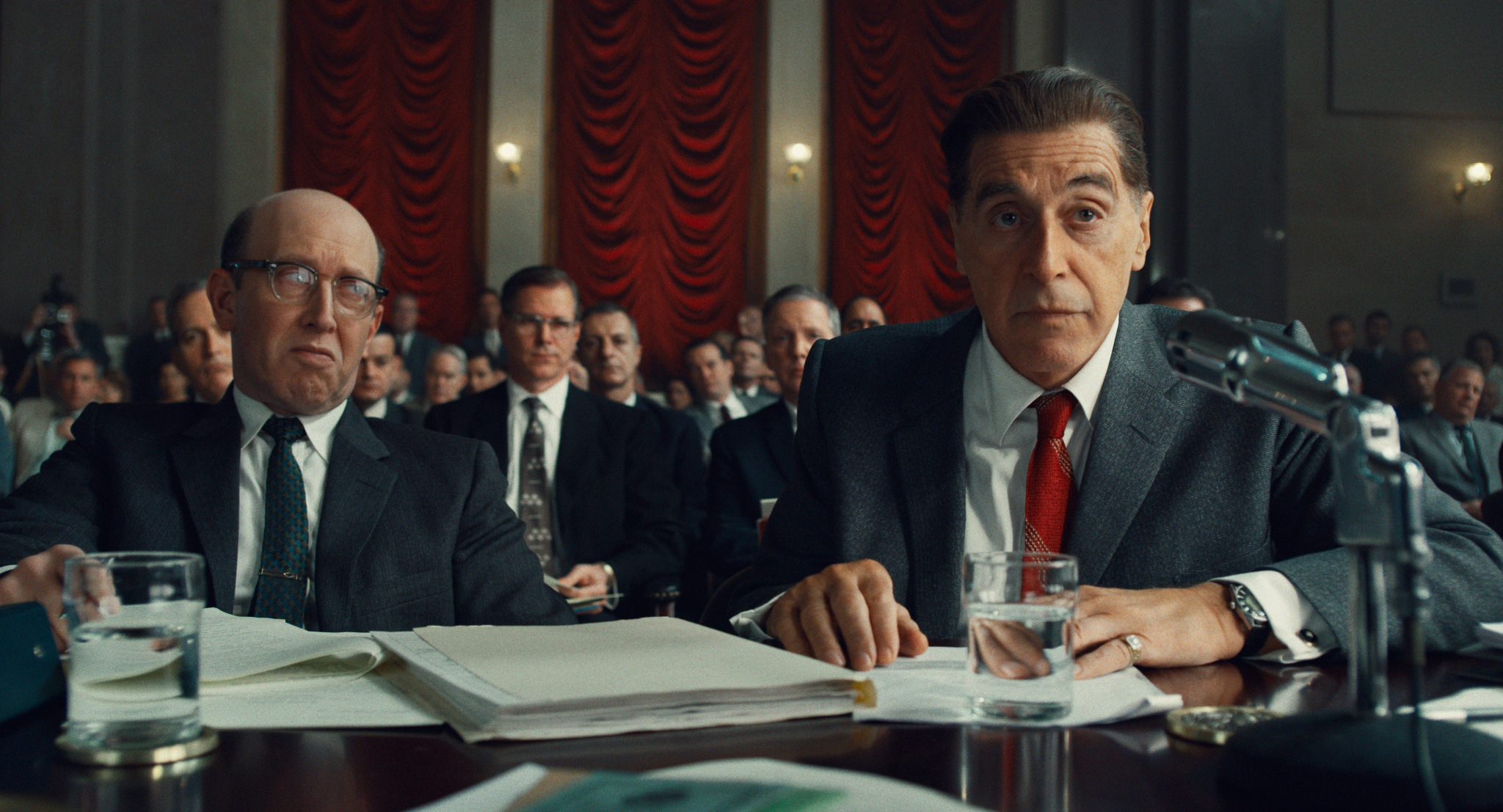 With his latest grandiose crime epic THE IRISHMAN, Martin Scorsese essentially reminisces his past works, in a collaborative effort that blends together the untamed nature of Goodfellas, the hard-hitting tone of The Departed, the moody reflection of Taxi Driver and the deeply meditative slow-burn of Silence, to celebrate the master of cinema’s vastly diverse and formidably ambitious filmography.
Scorsese’s latest is a magisterial 3-and-a-half-hour slow-burn crime epic that chronicles the life...

A bowl cut (exhibited by Timothée in The King) is specific to the person who wears it; not being a suitable fit for everyone. So is David Michôd’s The King, a film that feels like it’s an experience only some would particularly enjoy. Based on several plays from William Shakespeare’s “Henriad”, The King recounts the story of an obstinate Prince Hal, and his ascension to the English throne following his father’s death (Henry IV), as he struggles to keep hold of his rule over his country’s peac...